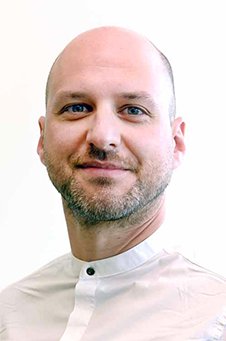 Not registered as user yet

Tobias Langlotz is an Associate Professor at the University of Otago, New Zealand. Originally from Germany, he studied at the Bauhaus University in Weimar (Germany) and received his PhD from the Graz University of Technology (Austria). At the University of Otago, he is co-directing the Human-Computer Interaction Lab, following his research interests in Augmented Reality, Computer Graphics, and Human-Computer Interaction. His current projects are on computational glasses to enhance human perception but also include nomadic telepresence solutions allowing people to share their environment with remote users with applications in virtual tourism. His work has been highlighted at ACM CHI, IEEE Virtual Reality, IEEE ISMAR, and ACM UIST. For his achievements, Tobias won an “Early Career Award for Distinction in Research” from the University of Otago. He is also an active member of the international research community, most notably he is one of the current general chairs for IEEE VR 2022 and IEEE VR 2023.