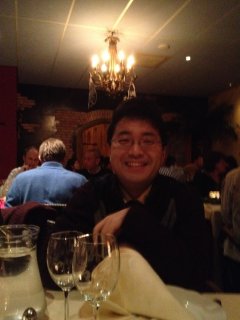 Tadashi Ebihara was born in Tokyo, Japan, in 1986. He received the Ph.D. degree from the University of Tsukuba, Tsukuba, Japan, in 2010. From September 2013 to December 2013, he was a Visiting Professor with the Delft University of Technology, The Netherlands. He is currently with the Graduate School of Systems and Information Engineering, University of Tsukuba. He is also an Associate Professor with the Faculty of Engineering, Information and Systems, University of Tsukuba. His research interests include mobile communications and their applications to underwater acoustic communication systems. He received a Research Fellowship for Young Scientists (DC1) from the Japan Society for the Promotion of Science (JSPS), in 2009 and 2010. He also received the 2017 IEEE Oceanic Engineering Society Japan Chapter Young Researcher Award.