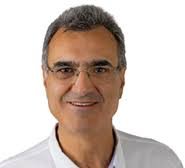 Not registered as user yet

Joaquim Jorge holds a Ph.D. in Computer Science from Rensselaer Polytechnic Institute (NY). A Full Professor at IST, the School of Engineering of Universidade de Lisboa (UL), Portugal, he teaches Virtual&Augmented Reality (VR/AR), Computer Graphics (CG), and HCI. Joaquim holds the UNESCO Chair on AI&XR and leads the Graphics & Interaction Research Group at INESC-ID, an Institute Affiliated with UL, having supervised 17 doctoral theses and 60+ MSc dissertations. A (co-)author of 380+ peer-reviewed publications, including 66 journal articles, and four Springer/Nature books (latest in 2021), he is among the top 2% of scientists worldwide (according to Stanford University).

Joaquim Jorge is an accomplished public speaker and lecturer. For many years he has developed a consistent collaboration with national and international educational and research institutions. He has been a Distinguished Invited Professor at PUC-Rio since February 2021 and was an Adjunct Professor at the University of Calgary from 2006-2018. Joaquim Jorge has been an ACM Distinguished Speaker (2015—), proffered 20 keynote Talks, taught six Tutorials, and participated in eight panels at International Conferences. He also lectured 24 invited Classes/seminars and presented 46 invited lectures at international Universities.

He organized IEEE VR2021 and VR2022 and the 2021 IEEE/ACM Presidential panel on the Future of Computing, featuring leaders from both organizations. He served as conference chair or co-chaired the Scientific Program Committee of 35+ international conferences, including IEEE/VR, IEEE/EG/Eurovis, IEEE/AIVR, ACM IUI, and Eurographics, and served in the international program committee of 200+ conferences, including IEEE/VR, IEEE/ISMAR, IEEE/MIPR, and IEEE/ICIR.