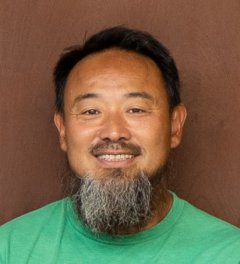 Jason Leigh is the Director of LAVA: the Laboratory for Advanced Visualization & applications, Co-director of the Hawaii Data Science Institute, Professor of Information & Computer Sciences at the University of Hawai‘i at Mānoa; Director of Create(x) at the Academy for Creative Media at the University of Hawaiʻi at West Oʻahu; and Affiliate Professor at the Center for Pacific Island Studies.

He is also Director Emeritus of the Electronic Visualization Lab and the Software Technologies Research Center at the University of Illinois at Chicago, where he was previously Professor of Computer Science and Affiliate Professor of Communications.

In addition he was a Fellow of the Institute for Health Research and Policy at the University of Illinois at Chicago, and has held research appointments at Argonne National Laboratory, and the National Center for Supercomputing Applications.

He is co-inventor of the CAVE2 Hybrid Reality Environment, and SAGE: Scalable Amplified Group Environment software, which has been licensed to Mechdyne Corporation & Vadiza Corporation, respectively.

In 2010 he initiated a new multi-disciplinary area of research called Human Augmentics - which refers to the study of technologies for expanding the capabilities and characteristics of humans.

Leigh also teaches classes in Software Design, Virtual Reality, Data Visualization and Video Game Design. In 2010 his video game design class enabled the University of Illinois at Chicago to be ranked among the top 50 video game programs in US and Canada.